If you know anything about me, you’d probably know that one of my biggest vices when it comes to nutrition is a smoothie. Rarely do I crave ice cream, sweets, pizza, or even bread. No, it’s generally a nice giant smoothie – oh, and peanut butter. Or peanut butter in a smoothie. But I digress…

A few days ago I visited Smoothie King and ordered a smoothie that I wouldn’t normally have tried. But, considering that my current dietary standards have a smoothie categorized as a cheat meal, I chose to select one that, according to their nutritional information, was one of the “cleanest” I could get.

I chose a 20 oz (small) Green Tea Tango, Skinny, with no fruit added (they give you the choice to add any fruit, which I declined).

That meant that the smoothie would consist of:

According to Smoothie King’s website, here’s what this order generally yields, nutritionally-speaking: 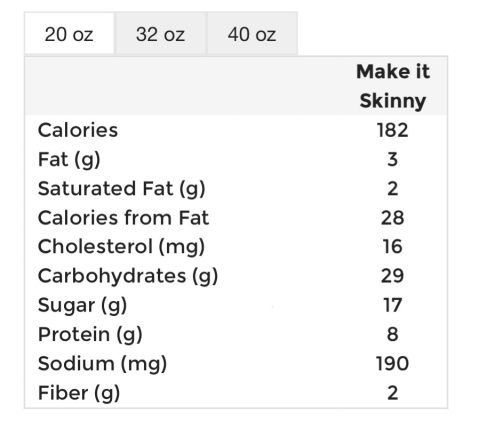 I was pleasantly surprised with just how good it was too. So good, in fact, that I decided to go out and buy some Matcha and make my own at home. Granted, it didn’t turn out exactly like the Smoothie King treat that inspired it, but it certainly was a cheaper do-it-yourself alternative. 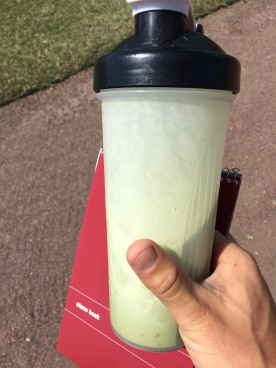 And here is some of the approximate nutritional info:

The great thing is that you can change this up to your taste. Don’t like banana? Try a little pineapple. Don’t want the fruit at all? Sub in some yogurt or milk instead. For me personally, it was simply about changing up my post-workout shake monotony.