This article was originally posted a few years back on a different site. I have pulled it from the archives and given it an update and refresher. Enjoy!

One of the questions I have gotten a lot lately – especially from my new high school players – is “Why do we front squat?” or, “Why do you prefer the front squat?”

It is an understandable question coming from a player’s perspective. Why do an exercise that can be highly uncomfortable, technical, and challenging – one where grip and flexibility can be a major limiting factor – when we can just put the barbell on our back (which can be just as challenging in its own right, for the record)?

While I am not averse to using other squat variations (back, goblet, off-set, etc) – in fact, I am a big believer in selecting variations based on individual competencies and needs – the front squat tends to be used quite often in my program (especially when it comes to baseball), and here are some reasons why… 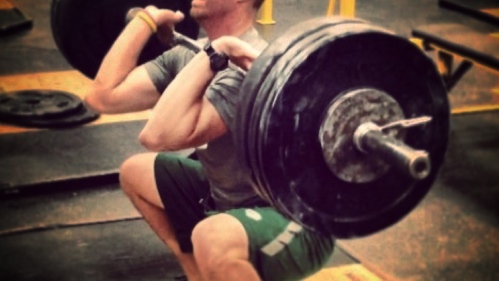 The most “baseball-specific” reason of them all; I like to teach the front squat (when applicable and appropriate) because it carries less of a risk of irritating the shoulder or exacerbating any underlying asymptomatic ahoulder issues, as compared the its posterior-loaded counterpart – the back squat.

That’s because the back squat places the shoulder in an external rotated under load. And. Every athlete’s degree of external rotation is variable based on their hand placement on the bar, as well as whether they choose a high-bar or low-bar position.

External Rotation – picture the “lay-back” position of the pitching motion. 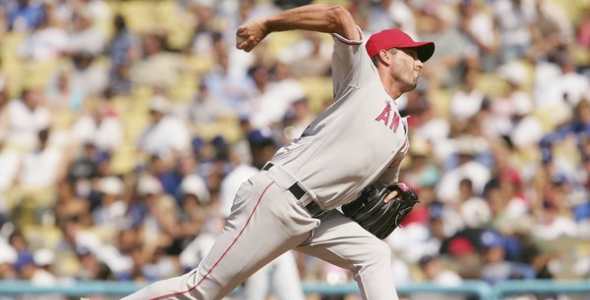 You may think that the barbell just sits on a back-squatter’s traps (or scaps, in the case of the low-bar back squat), but they also use a strong grip on the bar, and lots of muscle activation to keep tension in their torso. In fact, a lot of back squatters are taught to “push up” into the bar when ascending out of the bottom.

This is especially important to consider when dealing with the high school ballplayer. These athletes throw and pitch year-round when you include high school and travel ball. So, they’re constantly hitting extreme ranges of shoulder external rotation.

Excessive/chronic exposure to extreme movements such as this external rotation, combined with the joint speeds of throwing and the high throwing volumes can lead to many negative adaptations as well. That’s why it is also important to note that this externally rotated position in the back squat can irritate the structures of the shoulder throwing shoulder, such as the biceps tendon and/or labrum. That would obviously make back squats a less than ideal, contraindicative exercise for anyone who has had a labrum issue.

It also must be considered that the athlete can have some wear and tear in the shoulder joint, yet mah be completely asymptomatic. But, add in additional external rotation and loading, and all of the sudden that asymptomatic shoulder that could pitch just fine may because symptomatic and incapable of performing at the same level.

Dr. James Andrews performed a study where he looked at 31 asymptotic professional pitchers, and found that 90% had cartilage abnormalities within the shoulder. This goes to show that, just because there isn’t pain, that doesn’t mean there isn’t something that we can’t make painful with the wrong exercises.

When you’re working with a weight room full of athletes, especially those that possess a young training age, it is important to consider maturity and “ego” when choosing exercises.

How many times have you heard athletes talking amongst their peers about the amount of weight they can lift – especially in the bench press and squat? It is natural for athletes to compete in everything, especially in the weight room. Thus, those with novice training ages may sacrifice adequate quality of movement for the sake of numbers. This seems to be especially the case when it comes to the squat.

But, in my own experience, the majority of athletes are in no hurry to throw a bunch of extra plates onto the bar when front squatting. Everybody wants to talk about back squat numbers, but who talks about how much they can front squat (in a high school weight room, at least)? Not as many as those that talk shop about the bench press or back squat.

And, realistically, you just can’t lift as much weight in the front squat as you can in the back squat. This is because of the moment arms created by the bar and the joints of your lower body. Essentially, the hips are more capable of producing force in the back squat than in from squat, thus a greater weight can be lifted. Here is a great article discussing squat variations in terms of biomechanics. 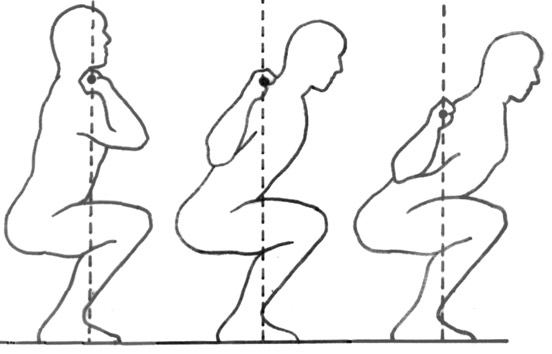 Regardless of which variation of squat you use, proper technique is vital since we are putting many joints through wide ranges of motion under a heavy load (challenging trunk stability and stiffness). Players attempting to lift more than they can handle at the expense of exaggerated and improperly directed forces on the knee and spine just isn’t going to work in my weight room.

Instead, the front squat allows the veil of egos to be broken so that they have a realistic weight on the bar – realistic enough that, when coaching cues like “drive those elbows up”, or “spread the knees for the torso”, they can actually make the necessary corrections

Sometimes avoiding the meathead mentality can be tough, but it is important to do so when teaching athletes how to move well – and the front squat is a great facilitator of that mission.

#3 – The Front Squat Challenges Flexibility As Well As Mental Fortitude 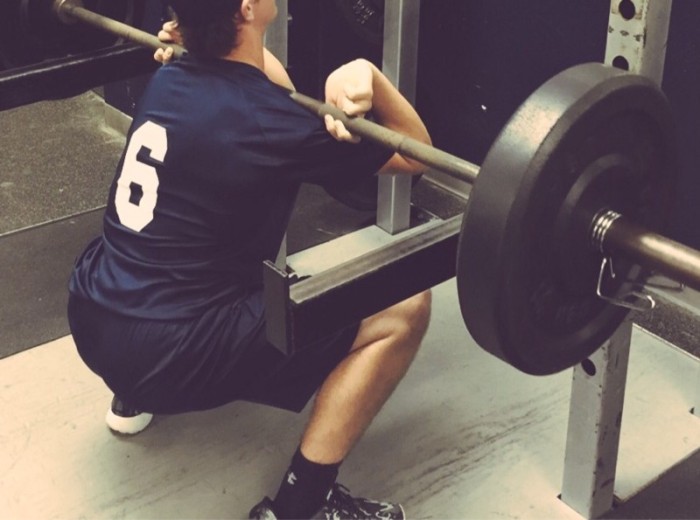 For many athletes the initial learning period for the front rack position of the front squat can be quite painful if they’re not mobile as mobile in the hands, wrists, and upper back. Hand cramps, wrist aches, and upper back tightness are all common among first time front-squatters.

It’s very easy to try the front squat for the first time, only to bail because it is uncomfortable. But, that challenge is one of the reasons I love the front squat. Not only do we want mobile and flexible upper-extremities, but we also want athletes that will buy in when you tell them, “Hang with me on these front squats…they’re going to be uncomfortable for a week or two, but we’ll get there!”

The result of that willingness to trust the coach and work through what’s uncomfortable is added flexibility and stretch tolerance, as well as greater buy-in and trust.

#4 – The Front Squat Is Easy to Progress and Regress

With all of that being said about the mobility and flexibility benefits of the front squat, it must also be noted that a) a proper progression must be taken in order to allow any athlete to safely learn to front squat, and b) a series of regressions/lateralizations will most likely be needed for athletes who just aren’t ready for that front rack position.

Here’s a sample progression for the front squat, considering a novice athlete who has no major mobility restrictions:

In all of these variations, the body position will be maintained and kept very similar, and any external weight will sit in the anterior front-rack position. This naturally works right into the front squat.

As for lateralizations: if an athlete struggles for any reason working their way up the progression (due to pain, mobility restrictions, injury, or simply a steeper learning curve), the coach can utilize multiple variations to still expose the athlete to an anterior-loaded squat. Some examples:

While there are many ways to load the squat anteriorly, there are not many ways to regress or alter the back squat without loading the weight anteriorly, or utilizing specialty bars or machines. This makes the front squat a highly versatile variation.

Although the front squat is certainly not the only squat variation in my exercise tool-box, I find the it to be a highly beneficial squat variation for ballplayers – for anatomical, movement difficulty, flexibility, and mental reasons.

Though it can be a tough exercise to teach if you aren’t competent in the movement yourself or have never taught it before, if you can commit yourself to learning the finer points of the front squat and who it is most appropriate for, you won’t regret adding it to your exercise toolbox.