In my coaching career thus far, I’ve been fortunate to collect diverse, yet highly concentrated experience in athletics; I’ve spent the better part of 8 years coaching a single population of athletes — baseball players — yet, have done so at various age and competition levels.

Between the high school level, the travel-ball circuit, collegiate athletics, and professional baseball, I’ve been afforded the opportunity to observe a lot; the work habits of elite ballplayers; the skill acquisition of adolescents; the interactions had between professional coaches and players — players that include tenured big leaguers and 16-year old foreign-born players alike.

I spend each day in the weight room and on the field doing my best to learn from my athletes, and I am still most certainly learning. But, through several years of working with, listening to, and watching high level athletes, a handful of observations stand out that I believe can help up and coming ballplayers of the younger generations.

In this three-part series we will briefly discuss some of these observations, touching on communication, routines, and failure.

As a strength and conditioning coach who certainly does not have the appearance of a “typical” strength coach (I don’t say this to generalize, I just take a daily ribbing for it by our players), and has needed to coach athletes older than himself since day one, I have personally learned to place an emphasis on communication. In time I have learned just how important this skill is, not just for the coach, but for the player as well.

Professional baseball players are elite athletes. Even those that are just entering the professional level have attained the 99% percentile of their craft, and in doing so have invested an immense amount of time. For this reason, they have become their own biggest advocate; while they are in a position that requires them to continue seeking out and utilizing the resources around them in order to improv, they must also apply what they have learned about themselves and their game through years of experience in order to determine what resources are in their best interest.

It has become clear to me over time that the more veteran a player is, the more they rely on communication skills to work collaboratively with the available resources in order to ensure they secure the best coaching, training, and treatment they can receive.

Strong communication skills are key for a player because they establish mutual respect and understanding between players and coaches. The best communicators can respectfully advocate for themselves by first establishing and developing relationships with those in which they most closely work, and then learning the “why” behind training methods and drills. Ultimately then, decisions can be made collaboratively between players and coaches, all in the best interest of the athlete.

“The starting point for all interaction must come from an understanding of what the other person cares about most.” — Brett Bartholomew

Not every player is going to buy into a coach’s ideas, plans, or methods — nor should they, as each individual player is unique to themselves, their body, and their experiences. Strong communication skills will allow for the greatest understanding all parties involved, typically driving positive conversations centered on the player and his development. 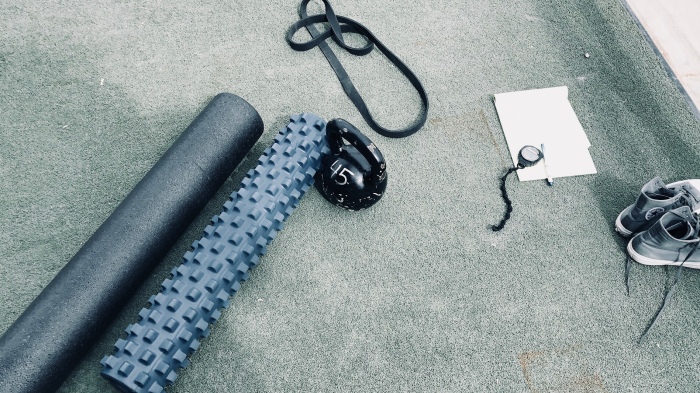 Younger ballplayers can take note from professional players on communication in this regard: by learning to have mature, rational, and purposeful conversations with parents, coaches, and teachers. While these adults might still might be the autonomous “authority” figure, maturity and proactivity displayed by the player will not only afford them answers to the questions they have, but it will also put positive credibility in the bank for future discussions.

Unfortunately, not every adult has the ability to communicate and rationalize as well as we might all hope. So, asking for the “why”, or having other in depth and probing conversations may not go over smoothly all of the time. But, in the what part of the real world do they ever all go perfectly? The idea isn’t necessarily for a young athlete to get whatever he or she wants. Rather, it is for the ballplayer to learn about communicating with others (especially those in coaching/teaching/mentoring roles) so that, as more individualization is needed in player development (i.e. in the higher levels of sport), these types of conversations aren’t a novelty; they will hopefully be second nature and an easy part of the relationship building process between players, teammates, coaches, and staff.

“Buy-in” is a two-way street between the player and those supporting them. Coaches and staff need to be just as bought into the player’s needs as the player should feel compelled to buy into the coach’s plan.

Buy-in is a product of trust. Trust is built through relationships. And, I am a firm believer that relationships begin and grow through communication.

Stay tuned for Parts II and III of this 3-part series!