In Part I and Part II of this three-installment series we discussed the importance of nutrition and hydration, respectively, over the course of a hot, busy, and demanding travel-ball summer. Today we will dive into another vital consideration for the summer, this one taking place outside of the foul lines: physical training.

Coaches, players, and parents all tend to place a weighty emphasis on exposure and competition during the summer, and this is not necessarily a poor choice; scouts do flock to the centralized travel-ball tournaments and showcases in Florida and Arizona. If you want to “be seen” this is certainly an efficient means to do so.

What typically stands in the way of most young ballplayers taking the time to put the baseball down and train the body in the summer is the allotment of time and focus onto travel-ball itself. Ballplayers feel as though they must get out there and play, they must be seen. If they don’t, they’ll be sure to catch a serious case of – as the kids are calling it – F.O.M.O (fear of missing out).

But, it is important to also remember that the summer is an equally beneficial period of time during the calendar year for physical training. For the student-athlete that places an emphasis on academics – as all should – then the summer serves as a reprieve from the rigors of academia. It isn’t just the schedule that is eased – waking up at 6am Monday-Friday to sit through four to seven classes, plus homework and studying – but also the stressors from school itself. The summer serves as a natural break from the burden of social and mental stressors accompanying school; no tests, quizzes, or essays for two-plus months, and no peer pressure in the hallways. And, certainly no trying to juggle all of this during a baseball season. No, during the summer, both time and focus can be devoted to working on the craft of baseball – and this should include physical preparation of the body.

With less competing demands during the summer, training must shoulder some of the priority. If not in the summer, then when will it be prioritzied? These days, amateur ballplayers simply do not put the baseball down long enough to make way for anything, let alone strength-training. 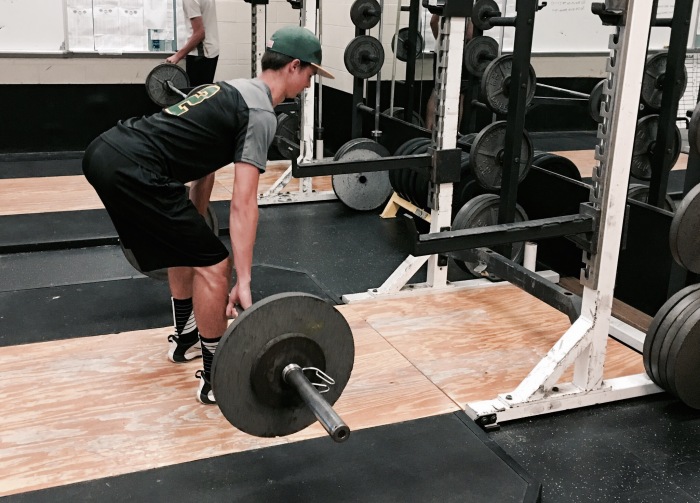 How about the fall? Try high school fall-ball and/or fall travel-ball.

Winter? This equates to – in the south, especially – two to four weeks in between fall and spring baseball.

All three of the above seasons also involve the one thing that summer does not: school, and everything associated with it (clubs, tutoring, etc.). While physical training can – no, should – be performed year-round, skipping the summer makes it that much more difficult to start at other points during the year. Meanwhile, those that choose to use the summer to take care of their body will be laying a strong foundation for the remainder of the year.

In high school baseball it is also very difficult to label any part of the year as “off-season.” In fact, the high school ballplayer who is deeply  invested in travel baseball may not have a single true off-season for four years.

Call me old-fashioned, but I still view the spring high school baseball season as the “Regular Season.” And, I don’t see the summer as an extension of the regular season; these ballplayers are amateurs for a reason, they should not be pitching 100+ innings or playing 60+ games in a “regular season.” Let them do this when they are at higher levels and their bodies (and minds) are more equipped to handle it.

A further argument for the spring high school season being the “regular season” is this: it lines up with every other level of baseball, both chronologically and philosophically. College-ball begins their regular season in the spring, as does pro-ball. From a timeline standpoint, high school should follow suit. Additionally, college baseball and professional baseball alike place a very large emphasis on winning and being a good teammate. Where do you learn about this more than high school baseball?

The point isn’t to argue for significance on behalf of high school baseball, but rather to make the – at one time very obvious – case for summer being the start of the off-season. Unfortunately, many lose sight of this perspective as they feel the pressure to dive deeper into the big business of scout-ball.

We could have a much longer discussion about putting the baseball down for a period of time to let the body recover from the cumulative stressors of throwing, hitting, and competing. But, today we will leave it here:

If an athlete is going to play travel baseball  in the summer (and compete year-round in general), then they – and their support system – must still respect that the summer, with its lack of academic conflicts and its place on the competitive calendar, presents an ideal time to train the body.